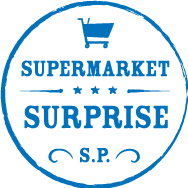 Last autumn, I participated, if only briefly, in the judging process for the Cabernet Shootout. I discovered that day a few truths: first, tasting and judging a whole slew of wines in one afternoon really isn’t for me. Second, I really quite enjoy Paso Robles cabernet sauvignon.

First off, who is J. Lohr Vineyards & Wines? A big, big, big winery. The 16th largest in California, with an annual production of over 1,000,000 cases. That’s over 2.3 million gallons of juice every year.

So, this is no boutique shop. No newcomer, scratching for attention. Probably not the kind of winery that sends samples to wine bloggers, for instance. This bottle, I tasted because a friend brought it over to the house, and wanted to know my opinion.

My opinion, frankly, surprised me. This ain’t so bad!

But what of the wine? It’s got a dark, almost black core in the glass, and lightens to ruby red edges. On the nose are very cabernet-esque aromas of blackberry, raspberry, and cedar.

The wine is medium-bodied, with something of a short finish. It’s fruit-forward, with more blackberry and raspberry on the palate, but also some nice, though tight, tannin structure that makes me think it will age, if only 2-5 years or so.

It’s really quite enjoyable, and shows an age-worthiness and structure that seems out of place of its production level and its sub-$10 price point. Which makes it the first-ever recipient of my Supermarket Surprise badge.