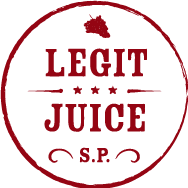 Let me get something out in the open real quick: this wine is 16% alcohol. Now, most of you who have read my blog for a while—I suppose I should say, those who stuck around during my long, and unexcused absence—know I don’t tend to care for high-alcohol wine. Normally, I do not.

This is a special case. Or my tastes are changing. Or something else. Regardless, I love this wine.

I was introduced to this wine during the 2010 Wine Bloggers Conference in Walla Walla, Washington. During a “speed-tasting” event, this was one of the red wines offered to us to try. It was, off the bat, big, bad, (like the way Michael Jackson used the word “bad”) and bold.

This is Mollydooker’s crown jewel shiraz. I’m a big, big fan of their Blue Eyed Boy and Boxer shirazes, and will hopefully be writing up at least one of them soon. The Velvet Glove is a pricey number, however—between $150-$200, which hurts to even think about.

Like a lot of good shiraz/syrah that I’ve had, the coloring on the Velvet Glove is a lot more purple than it is red or black. The edges pink out a bit, but your glass will be purple to the core. The nose is pretty bad ass. Lots of dark red fruit, some earth and some cigar box. The most interesting thing to me was that my nostrils didn’t burn.

Remember, 16% alcohol. This thing should be torching nosehairs. But it doesn’t.

The wine is very full bodied, with a long, loooooong finish. The alcohol again doesn’t go crazy on you, though it is more apparent on the palate than on the nose. Still, very good balance here. Big plum and black cherry notes. Lots of fruit, but still enough to keep a no-fruit-bombs guy like me interested.

The wine may be priced out of most people’s reach—including my own—and the populist-slash-class warfare combatant in me wants to dock this wine just for having the audacity to reach up close to $200 per bottle. But i can’t.

It’s just too tasty. I can’t stay mad at you for long, Velvet Glove.

Full Disclosure: This wine was provided to me by someone involved in its production, sale, or marketing.
blog comments powered by Disqus