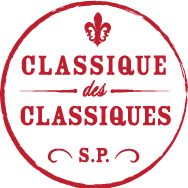 I’ve reviewed a few merlots, though most have been in meritage blends or as part of what is officially a cabernet sauvignon. Of the wines that are 100% (or, at least, predominantly) merlot that I have reviewed, the verdicts ranged from D to B+.

I’m not the biggest merlot fan on the planet, this is something I’ve said numerous times. However, I loathe no variety, and am always looking for the merlot to turn me back to the grape.1 I say “back” because the first red wine I drank with any regularity2 was merlot. I drank a lot of it, though not with much discretion.

But I digress. The fact of the matter is, I think I found that merlot. I think I found a wine made of 100% merlot grapes, from Napa, no less,3 that has gotten me truly excited about merlot in general again.

This may end up meaning I’m disappointed a lot as I drink merlots that don’t stand up to this one, but c'est la vie.

So what can you expect from the 2006 B Legacy Reserve Merlot from Bolen Family Estates? A lot. In the glass, the juice is gorgeous, shimmering slightly from ruby red at the core, to an only-slightly-lighter cardinal red on the edges.

The nose is subtle, and although the alcohol content is relatively high,4 there is no residual heat on the nose to get in the way. In the way of what? Exceptional notes of stewed raspberry, dark cherries, and a hint of allspice. Very inviting, very nuanced.

The B Legacy doesn’t disappoint when you actually go to drink it. It’s medium bodied, with great structure and balance. At first, the majority of the experience is rich, lush, fleshy fruit, a lot of plum and cranberry. Eventually, this wine tastes like Christmas. The cranberry is joined by hints of nutmeg and peppermint that just top off the experience.

It’s delicious wine, and very surprising for me.5 Only 120 cases of the 2006 were made, and as you ought to expect given that’s the case, it’s not cheap at $60 per bottle. It is, however, worth it.